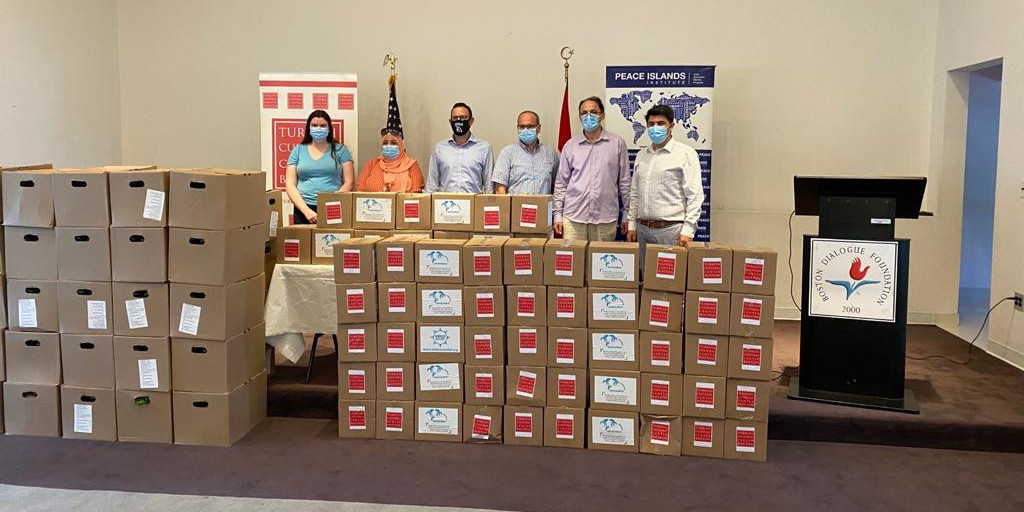 According to Islam, the Feast of Sacrifice commemorates Prophet Abraham’s obedience to God as he was tested to sacrifice his beloved son. Mahmut Bekin of the Humanitarian Aid Group at the TCC added, “On this day, God sent his angel Gabriel and provided Abraham a ram in place of his beloved son. Since then, it has been celebrated by Muslims to commemorate this day by sacrificing animals such as cow, sheep and goat in memory of Abraham’s devotion.”

Muslims are obliged to distribute two-thirds of the meat to people in need. “The Turkish Cultural Center will commemorate this year’s Feast of Sacrifice to help the needy bring meat to their tables. We have vowed to distribute 300 pounds of meat to Revere,” Mahmut Bekin said.

Mayor Brian Arrigo and Revere’s office of Healthy Community Initiatives worked alongside the Humanitarian Aid Group to distribute 50 packages of meat, each weighing 6 pounds, with all necessary labeling to 50 families. The City of Revere matched those 50 packages of meat with a package of fresh produce for each family as well. “Events like this are exactly what we need in our city. They bring our community closer together and allow us to better assist those in need,” Mayor Arrigo said. 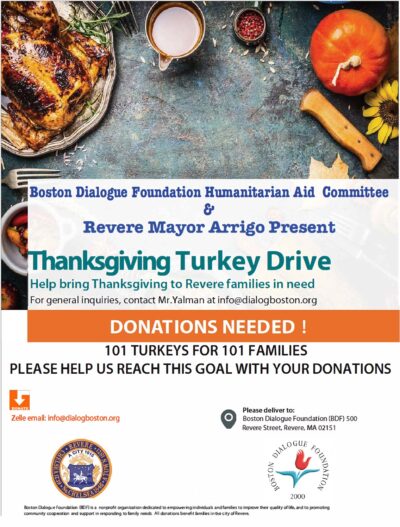 Through its member org [...]
© 2020 Boston Dialogue. All rights reserved. Designed by BostonDialogue